ELK is an acronym for three open source projects：Elasticsearch, Logstash, and Kibana.However, FileBeat, which appeared later, can completely replace the data collection function of Logstash, and it is also relatively lightweight.This article will cover EFK: Elasticsearch, Filebeat and Kibana

Elasticsearch：is a distributed search and analysis engine with high scalability, high reliability and easy management.Built on Apache Lucene, it can perform near real-time storage, search and analysis operations on large volumes of data.Often used as a basic search engine for some applications, giving it complex search capabilities;

Kibana：data analysis and visualization platform.Use with Elasticsearch to search, analyze and display data in statistical charts;

Filebeat：Filebeat is a lightweight transporter for forwarding and centralizing log data.Filebeat is installed on your server as an agent that monitors log files or locations you specify, collects log events, and forwards them to Elasticsearch or Logstash for indexing.

Through this article, learn how to collect application logs and send them to Elasticsearch by enabling the FileBeat plugin for applications running on Rainbond.

When collecting logs, you need to enable the FileBeat plugin in the application for collection. FileBeat collects logs in three ways：

This article uses the specified log path for collection. In this way, we can customize the rules for collecting logs, etc.

We made FileBeat as Rainbond's general type plug-in After the application is started, the plug-in also starts and automatically collects logs and sends them to Elasticsearch. The whole process is non-intrusive to the application container and has strong scalability.Similar methods can be used to connect to other log collection tools. Users can connect to different log collection tools by replacing plug-ins.

The figure below shows the structure of using the FileBeat plugin to collect application logs in Rainbond and send them to Elasticsearch.

Analysis of the principle of plug-in implementation​

In the process of making the FileBeat plug-in, the general type plug-inis used, which can be understood as one POD starts two Containers. Kubernetes natively supports starting multiple Containers in one POD, but the configuration is relatively complicated. User operation is simple.

One-click installation of EK via the Rainbond app store​

We have made elasticsearch + Kibana as an application and released it to the application market, users can install it with one click based on the open source application store. 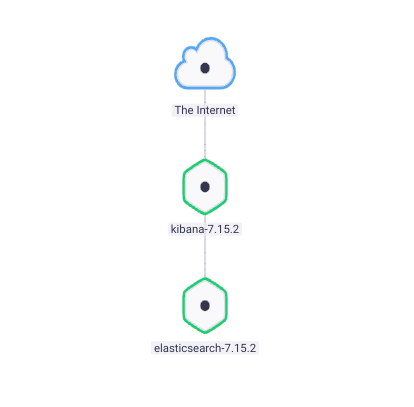 Use Nginx as the demo application of this article, and use the mirror to create components on Rainbond,

Create the plug-in and build it. After the build is successful, we enable the FileBeat plug-in in the plug-in of the Nginx component.

Establish a dependency between Nginx and elasticsearch, so that it can communicate with elasticsearch through the 127.0.0.1address, and update the Nginx component to make the dependency take effect.

Kibana has been localized by default 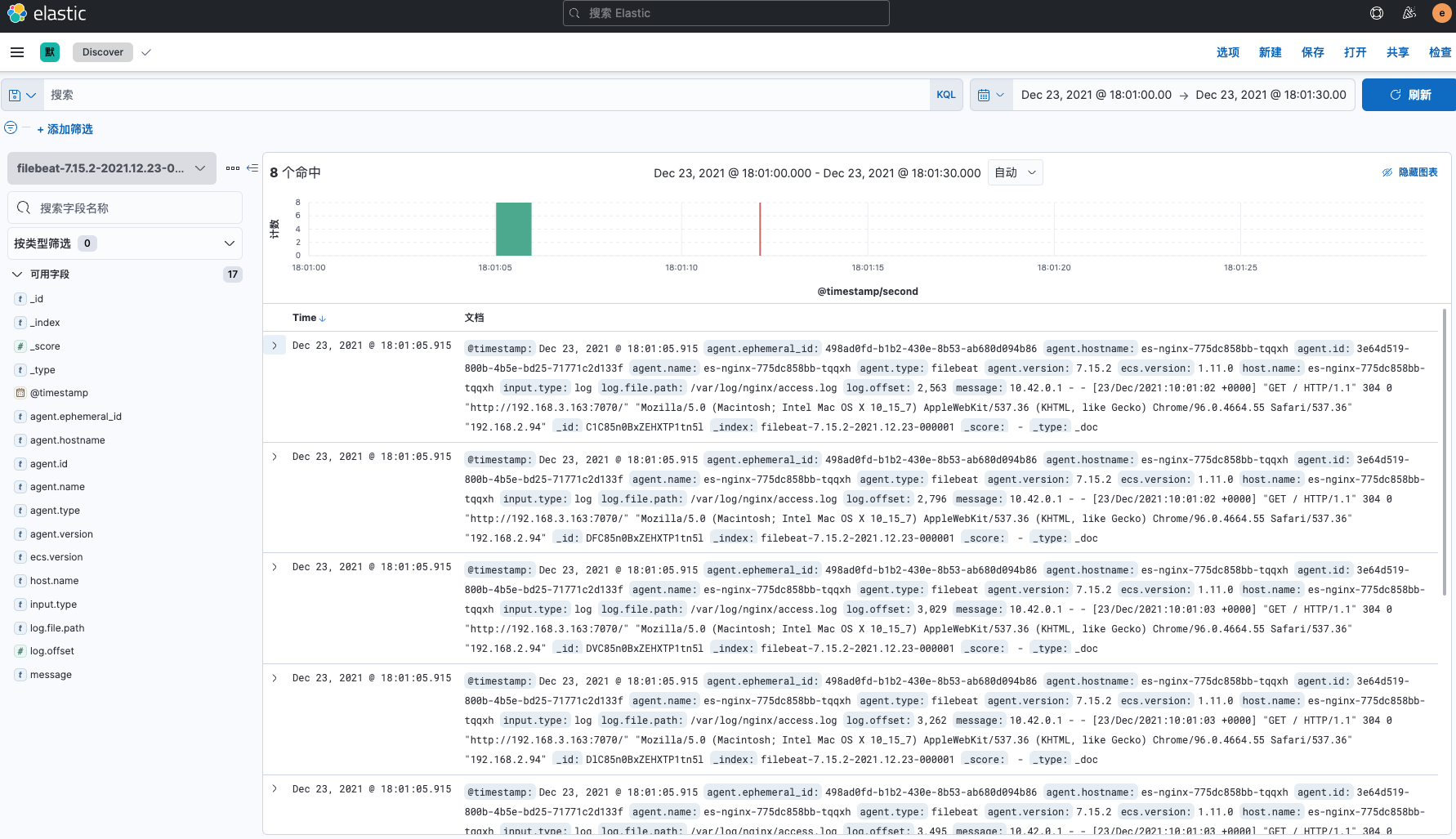 In addition, Rainbond's plug-in mechanism is open, and the application governance function can be extended through the plug-in mechanism, such as network management and data backup plug-ins. In the case of no invasion of the original application logic, network management plug-ins can be used. Analyze the performance of services and connect to log collection systems such as ELK; for components such as databases, use backup plug-ins to back up data.