Before the software goes online, it is inevitable to test the availability and reliability of the software, and it cannot be shut down for maintenance, which affects the user experience, and can be rolled back in time when a problem occurs in the new version; therefore, a complete deployment plan is required. Here, the relevant principles, ideas and implementation methods are explained for therolling release, grayscale release and blue-green releasebased on Rainbond.

A rolling release is when an instance or multiple instances are taken out of service, updated, and put back into service; and so on, until all instances are updated to the new version.

Here is an example of a stateless component

During the rolling upgrade process, the instance creation status can be dynamically viewed on the component scaling interface. The new instance is created and runs normally, the old instance will be deleted, and the new version is online. Affected. 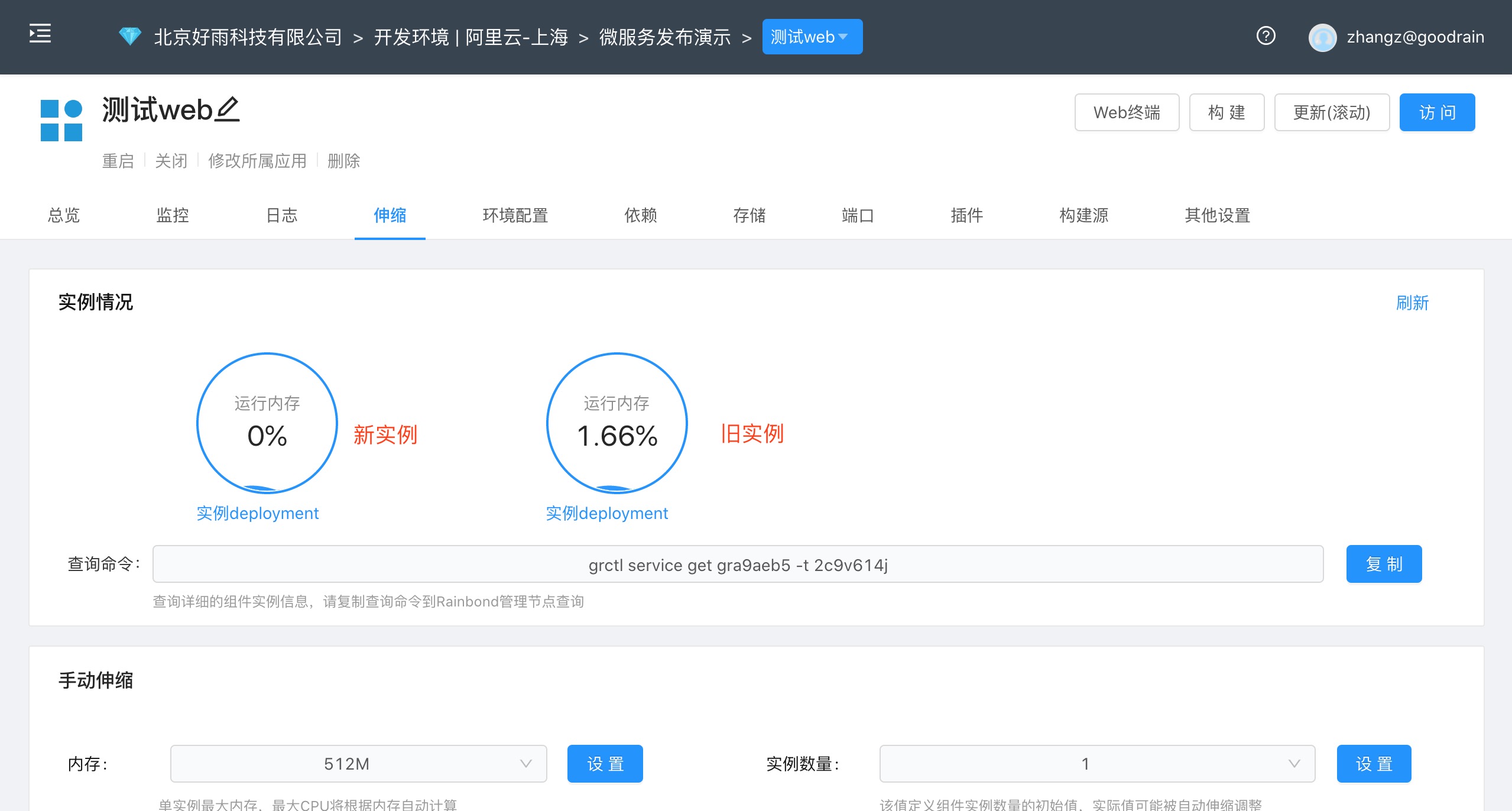 Control from the dimension of traffic. First, 10% of the traffic is switched to the new version, and then the weight is gradually increased. Under normal circumstances, the weight of the old version is reduced to 0; that is, the grayscale release is completed. 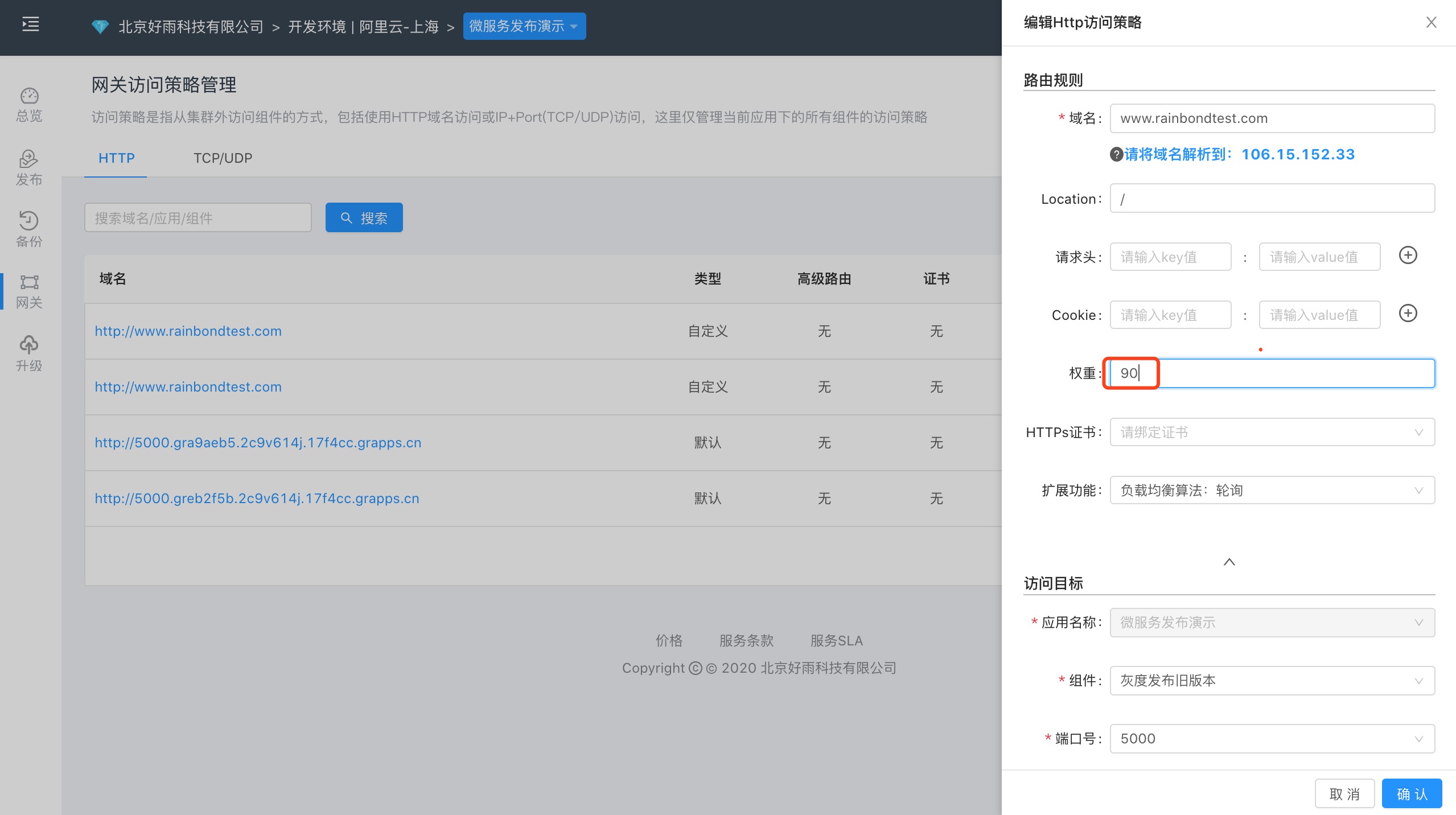 In the process of switching weights, when you visit the test domain name and refresh the page, the content you see is different, and it is constantly changing with the adjustment of weights, which reflects the process of grayscale publishing.

Visit the test domain name to see that the traffic has been transferred to Web V2, and the blue-green release has been completed.

You may also want to read：

One-click online/rollback based on version number