Based on the source code operation process​ 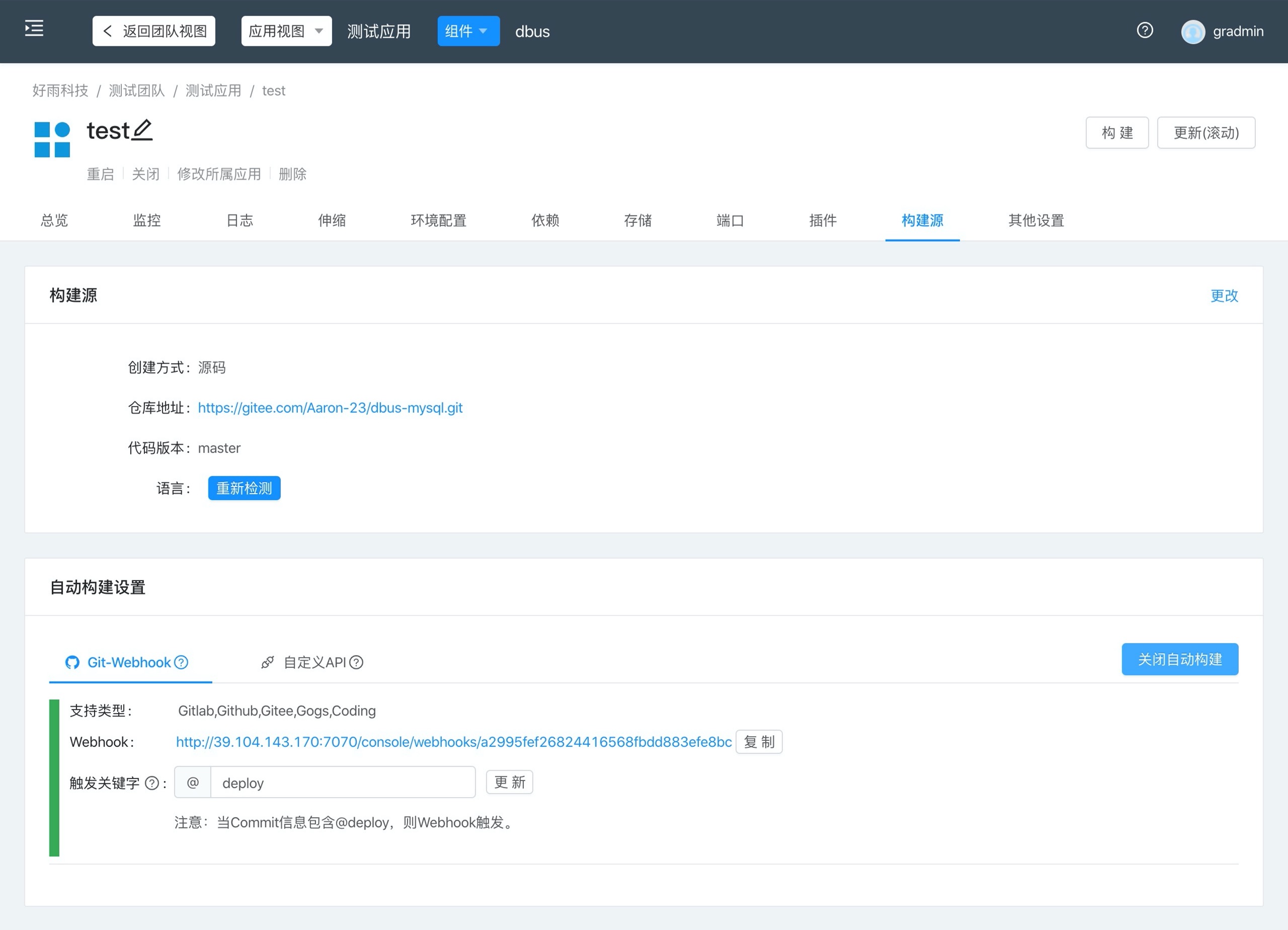 After Rainbond is automatically built, the deployment action will be performed by default, so in general, developers do not want the deployment action to be performed every time the code is submitted, so the Rainbond hook automatically triggers and sets the premise, and the action is triggered when the Commit information contains@keyword.This keyword can be set by the developer.

If your project is stored inGithub, please refer to the following screenshot： 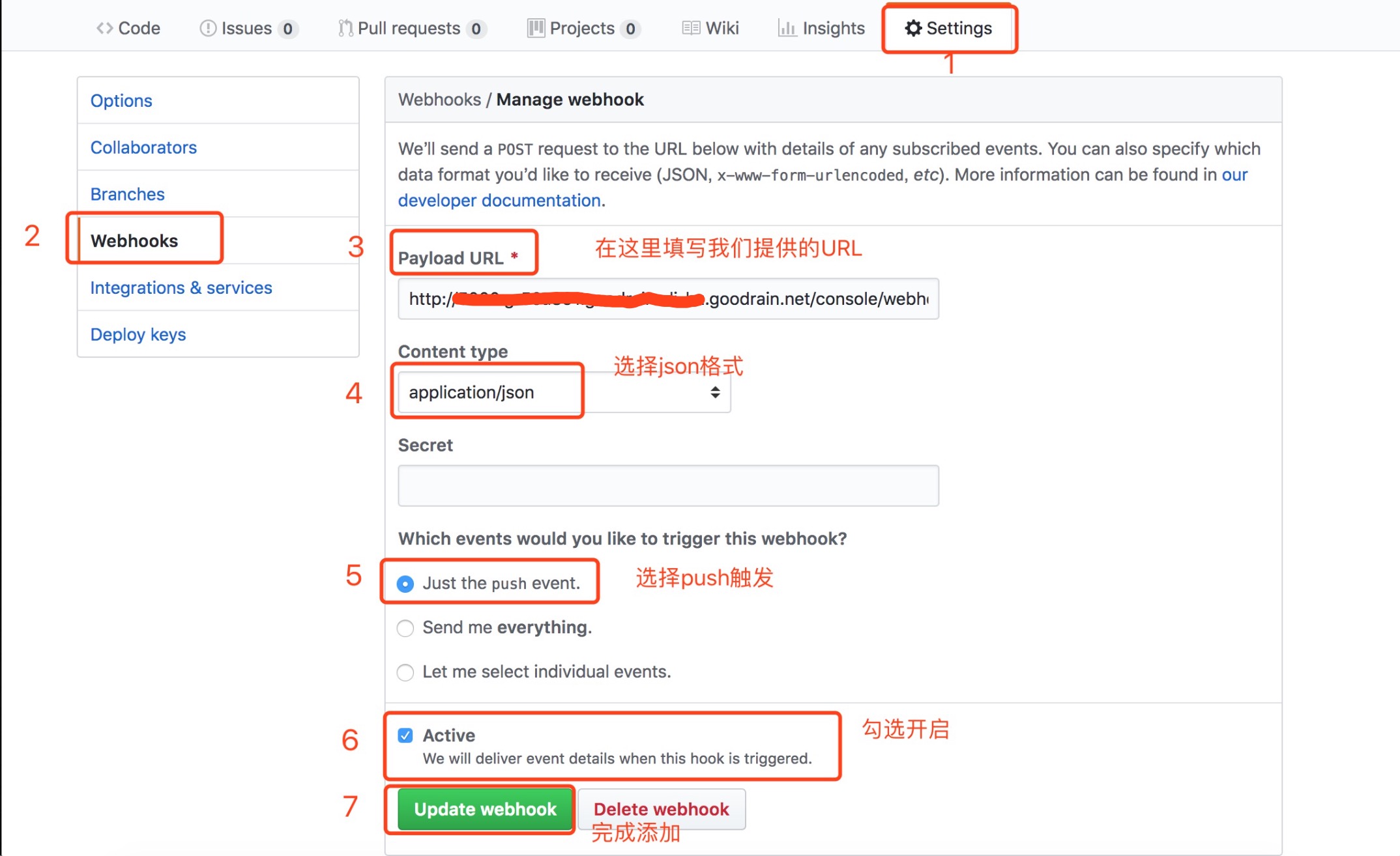 If your project is stored in Gitlab, please refer to the screenshot below:

The configuration of other code repositories is similar. It should be noted that the current Rainbond hook trigger does not support security request verification.

Based on the operation process of the mirror warehouse

By default, the image name and tag of the Webhook update event must be the same as the image name and tag configuration of the component's current build source to trigger build and deployment.After configuring the tag trigger policy, according to the configured regular expression, if the received image tag of the push event can correctly match the regular expression, the update event is considered valid, and the build source of the current component is upgraded according to the updated tag information. information and build automatically.

By enabling the API to automatically build the returned url, call the API with the POST method, and carry the secret key to trigger the automatic API construction. The secret key can be customized 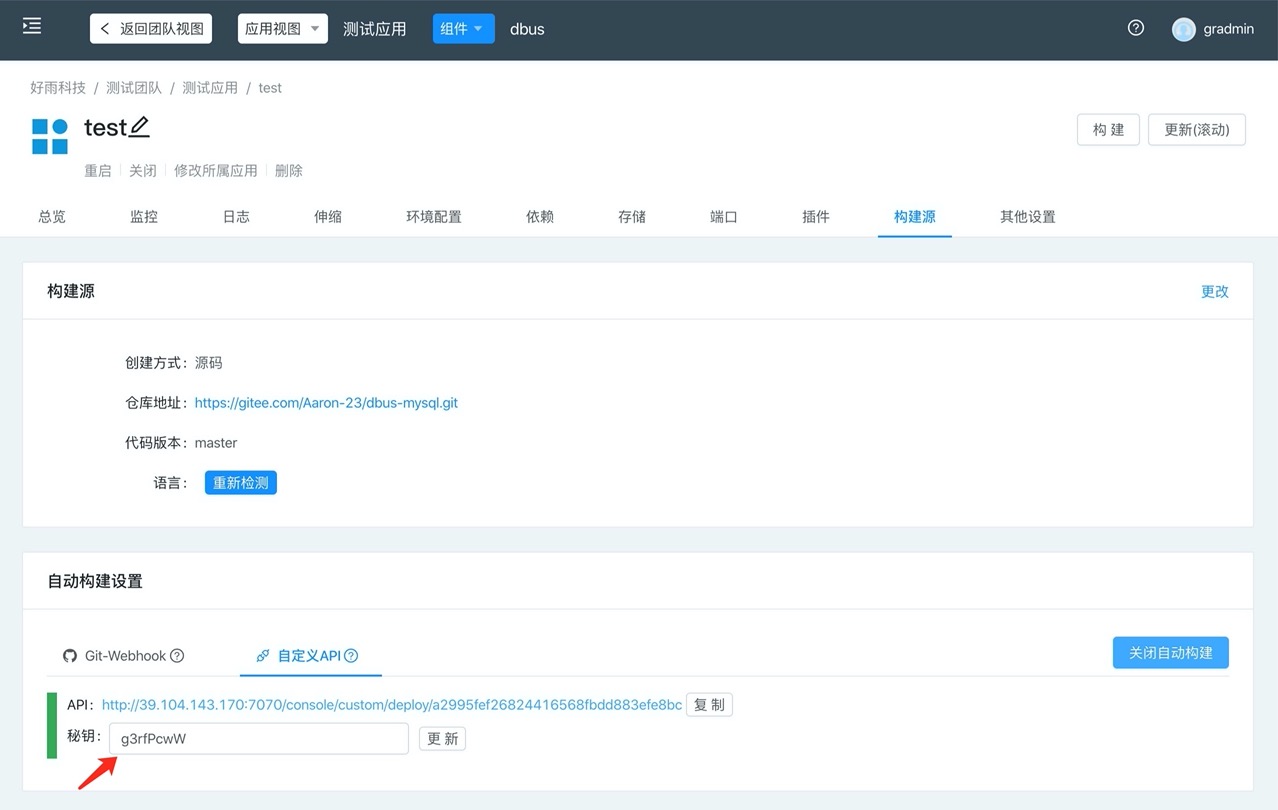 API usage is as：

Triggering automated builds based on APIs is one of the most flexible ways to integrate with third-party CI systems.